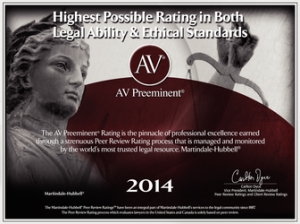 Kenneth J. Ashman is the firm’s founder, and concentrates his practice on business litigation, corporate start-ups, and business transactions, and serving as general outside counsel. Mr. Ashman comes from a family of lawyers, a tradition that began with his father, Magistrate Judge Martin C. Ashman, United States District Court for the Northern District of Illinois. The firm traces its roots to Judge Ashman’s modest beginnings practicing law some 60 years ago.

After attending both Boston University School of Law and New York University School of Law, both top-ranked schools, Mr. Ashman served as an associate to New York’s Weil, Gotshal & Manges, LLP, an international law firm with offices world-wide, where he practiced in the areas of complex business and securities litigation. From there, Mr. Ashman secured a coveted position as a judicial law clerk with the Honorable Frederic Block, United States District Judge for the Eastern District of New York, who is now a client of the firm. Mr. Ashman returned to practicing law at the international firm of what became known as Dewey & LeBoeuf, LLP, where he again focused his practice on complex business litigation, with particular emphasis on class actions.

In an entrepreneurial spirit that he shares with his clients, Mr. Ashman co-founded his original law firm in 1997, and founded Ashman Law Offices, LLC in 2001. Mr. Ashman has extensive experience in all phases of litigation, from the most routine to the most complex, advising clients on business transactions, and guiding clients through each stage of the business cycle.

Mr. Ashman and his wife, Laura, raise four beautiful children, and he is active in his community, accepting appointment to serve in a number of positions in his municipality. Mr. Ashman has earned an “AV” rating from Martindale-Hubbell Law Directory, the highest rating for both legal ability and ethics, as judged by his peers.